Hi guys, when did you start filming?

We started principal photography on Lilin’s Brood in the second week of February 2015.

And when did it wrap?

Has Lilin’s Brood been a film you’ve wanted to do for quite some time?

Yea it has. Phil came up the initial idea two years ago. From that moment we molded the idea several different ways for more than a year and finally came out with the final script for Lilin’s Brood.

Did it take you guys long to write it?

It took us A LOT of different drafts to finally get Lilin’s Brood right. The part that took the longest of it all was coming up with a solid story structure for the movie to be realized through. We spent more than a year getting different stories together and finally just went with one.

Did working on short films prepare you for working on this, a feature-length movie?

Yes they did actually. Working on those short films really helped us get a good hang of working on productions and fixing kinks in production flows before we got to do a bigger production. We had so much practice on other productions and in other industries that by the time we got to the feature it just felt natural to us. We took a lot of risks and were very ambitious with the filming of Lilin’s Brood just like we were with some of our other projects so it just felt like a familiar space.

Of course, there were still things we had to go through on set, but we were better prepared to handle those issues. The big difference was that it was much more labor-intensive and time-consuming. Inherently when you jump from a 10-page script to about a 90-page script there are way more details that need to be covered. It became a full time job that required all of our focus.

Who did the practical effects on the film? 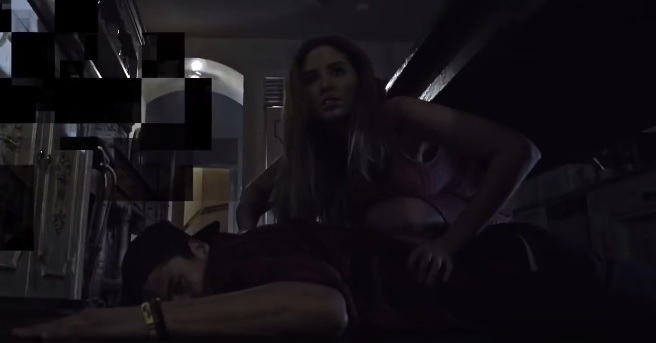 Evan Alderson handled all of our practical effects that you will see. He handled the weapons we use in the film and also did our VFX supervision. He’s sort of a Jack of all Trades. We also enlisted Ron Karkosa over at Monster FX to do some of Special FX Make-up, he did a great job especially that great piece he did for us at the end of the film

Where do you think your movie differs from similar movies like The Blair Witch Project, Cloverfield and Paranormal Activity?

The story and the themes are different in nature although we create similar feelings of helplessness. The construction is similar being that it is found footage and we use multiple cameras but it’s also different because of the way we implanted our cameras into the scenes. We also feel the exploration of succubus’s and mother Lilith are different than any other you’ve seen on screen before. No one has really captured the mythology of the Lilin’s as we have. In our movie, their world is exposed in a whole new way.