How has your year been, Rebekah?

Thanks for having me and thanks for asking. It’s actually been a really difficult year. My fiancé, Dante, lost both his parents to cancer in the past 6 months, which of course has been devastating. This partially is what led us to the realization that if we’re going to produce this movie, there’s no time like the present.

Have you been working on this film all this year or has it only recently got going?

Dante and I ALWAYS wanted to make a zombie film but it’s been the past 3 months that we (somewhat) finalized a draft of the script we both loved and really started the preproduction grind.

Why did you decide to go the crowd-funding route?

We wanted to make Nuclear Zombies From Area 51 for us and zombie fans and that’s it. To bring in an outside investor as a partner would mean us losing creative control, and we want this movie to be made the way it’s been written.   Right now, we don’t have the budget to make the movie as amazing as we know it can be. That’s why we turned to Kickstarter.

How would you describe the tone of the script?

You wrote it yourself, right?

Yes, Dante and I wrote it together.

Did any filmmakers or previous film influence the tone?

Sure! After several read throughs with other industry peers we keep hearing that it’s like “From Tusk Till Dawn” meets “Zombieland”. We’re both huge Tarintino fans so we’ve been taking that as a huge compliment.

Any films you sat down to watch before getting to work on the movie?

Well we’re both die hard zombie fans, but we rewatched a lot of the classics  just to get in the right mind set, then basically all day for a month pulled up different parts of different zombie movies to really capture the feeling of certain scenes we love…it was basically zombie heaven, lol!

Were you a fan of zombie movies growing up? 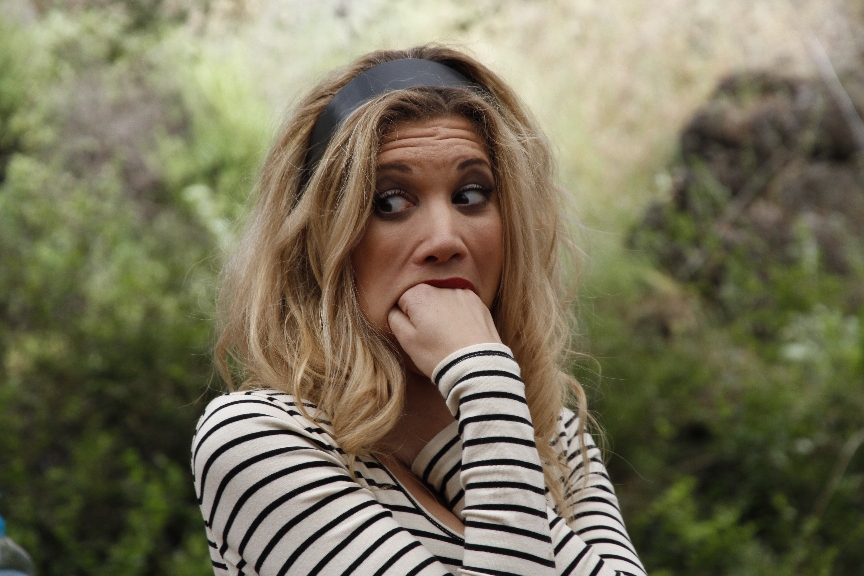 I was a weenie when it came to watching scary movies growing up. It wasn’t until I filmed my first horror film, “The Exorcism of Gail Bowers”, that I fully fell in love with the genre.

Are you going to act in the movie, too?

Yes! I play Summer, she owns the diner a lot of the movie takes place in. I need to start working on my shotgun skills! Lol!

In terms of the other cast, how were they chosen?

Most of the casting was done by the two directors, Joey Medina and Dante, but I sat in on the call backs. Our cast is killer. As far as Ron Jeremy goes, he’s a friend of the family. We wanted him to play himself in the movie, like Bill Murray does in “Zombieland”, and Ron is all about it. His scenes are hysterical.

You can donate to their Kickstarter here and watch video testimonials from the cast, including Ron Jeremy, here. For as little as $500 you can even end up in the film –  as a zombie!

Nuclear Zombies From Area 51 coming to a blood-soaked screen near you in 2016!